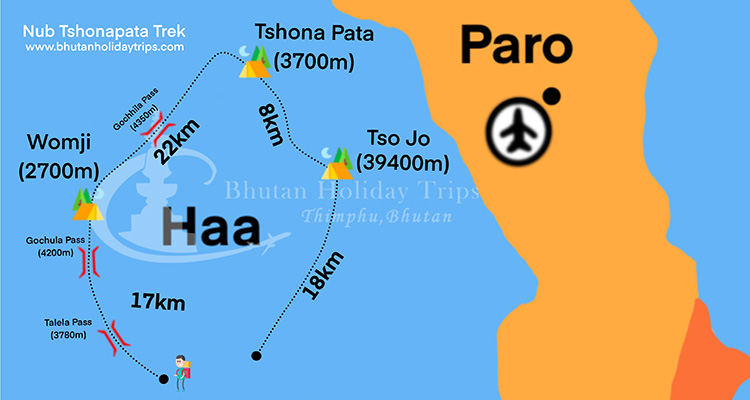 During the journey, one will experience breath-taking view of Mount Everest, Kanchenjunga and other famous Himalayan peaks including the sacred Jumolhari and Mount Jichu Drake in Bhutan. On arrival at Paro International Airport, you will be received by your guide and transferred to your hotel. Later in the afternoon visit Kichu Lhakhang,the oldest temple in the country built by the Tibetan King Songtsen Gampo in 8th century, and visit the Dilgo Khyentse Rinpoche Memorial House. The Memorial House in Kyichu, Dilgo Khyentse Rinpoche’s primary residence in Bhutan, was inaugurated as a museum and opened to the public in 2010 to celebrate his centennial. It has been preserved almost exactly as it was when he lived there. Khyentse Rinpoche was one of the main spiritual teachers of the Bhutanese Royal Family. The house includes the reception room where Rinpoche gave private audiences and teachings and his bedroom where he meditated daily and recited prayers, visit the Ta Dzong, the house for the Bhutan National Museum and visit the Paro Dzong, built in 17th century and now houses government offices and religious institutions. In the evening, you can stroll through Paro town. Overnight hotel in Paro.

After early breakfast this morning, you will hike to Taktsang (Tiger’s Nest) Monastery, which is Bhutan’s most famous monastery situated at 3180 meters. Guru Rinpoche (spiritual master) is said to have flown on the back of a tigress from Singye Dzong in Lhuntse to meditate in a cave where Taktsang Monastery now stands. The Monastery is perched on the edge of a steep cliff, about 900 meters above Paro Valley. Explore the monastery and hike back to the valley in the afternoon. Overnight hotel in Paro.

Today, drive to Haa valley across Chellela pass (3900m) dotted with the colorful prayer flags, where on a clear day you can get spectacular views of Mount Jomolhari and other mountains too. Before making it to Chelela, you will visit Kila Gompa Nunnery, one of the oldest nunnery in Bhutan consisting of series of buildings pressed against a cliff. After visiting Nunnery, you will begin 2hr hike to Chelela passing through chortens and fluttering prayers flags. Your car will be waiting on a pass to pick you up and transfer to Haa valley. Drive downhill from pass is through the forest of blue pine, fire and oak. In the afternoon, you will visit Lhakhang Karpo (white temple) and lhakhang Nagpo (Black temple), explore the Haa valley and farm house. Overnight stay in Farm house.

Trek begins with a gentle climb up the Talela Pass at 3780m through a thick forest of rhododendron and conifer tress. The gradually ascent continues to a yak herders’ camp at Tshojo. Climb up further to Gochula pass at 4200m. After this pass, walk through the trail following a ridge and then descend gradually to our camp at Womji.

Today after breakfast, you will start climbing steeply through juniper and rhododendron forest to the Gochhila pass at 4350m, providing spectacular views of the whole Tshejala range. You will pass through several yak herders’ camps and in spring the trail will be carpeted with wild flowers. You will then walk towards Tshejala pass crossing the ancient trade route from Haa to Tibet.

You will have the opportunity to enjoy the area around this sacred lake, visiting the yak herders’camp and see golden trout or walking on the surrounding hillsides.

This morning you will retrace as far as to Gochhila Pass before branching off on a different route over a ridge to Lake Tshojo at 3780m. You will have a picnic lunch on the lake shore. After lunch, you will descend to the camp in a yak meadow at Tshojo.

Your trail descends gradually through juniper and rhododendron forest until you reach the Talila Pass, which you will Cross to re-enter the Haa Valley. Your trek ends here and your transport will be waiting here to take you to Paro. Overnight hotel in Paro..

Highest ascent of the trek: 800m