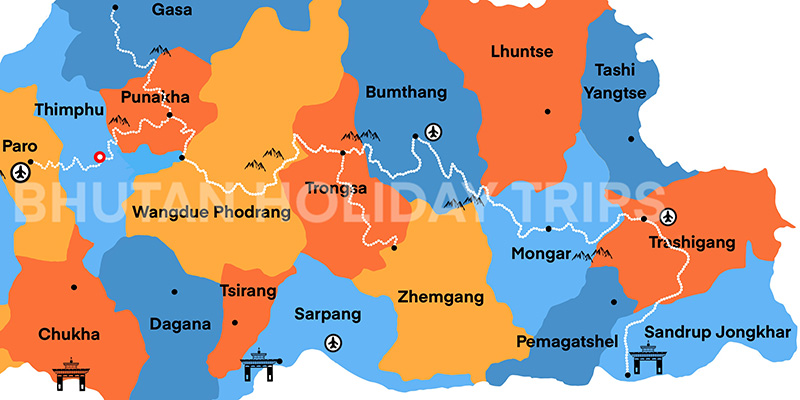 During the journey, one will experience breath-taking view of Mount Everest, Kanchenjunga and other famous Himalayan peaks including the sacred Jumolhari and Mount Jichu Drake in Bhutan. On arrival at Paro International Airport, you will be received by your guide and transfer to the hotel.  Later in the afternoon birding along the Pachhu river, you will see lbisbill, brown dipper, white-capped water redstar,  River Lapwing, Plumbeous Water Redstart, etc.  Overnight hotel in Paro.

After early breakfast, drive to Chelela pass for pheasants: Kalij Pheasant, Satyr Tragopan, Blood Pheasant and Himalayan Monal. There is also chance of sighting the Fire-tailed Myzornis as well. Overnight hotel in Paro.

After breakfast begin journey to SamdrupJongkhar. On the drive you can spot birds such as Pies falconet, Dark-rumped swift, Pin tailed green pigeon, Sultan tit, Black-backed forktail, Red-headed trogon, Black eagle, House sparrow, Jungle babbler, Grey-sided laughing thrush, etc. As you descend to the foothills temperate vegetation gives way to broadleafed forests which is the habitat of the Rufous-necked Hornbill, Beautiful Nuthatch, and Gold-naped Finch. Further down you should be able to spot the Wreathed Hornbill, the rare Violet Cuckoo, Pied Falconet, and the Greater Rufous-breasted Parrot bill. The subtropical forests of the foothills of Samdrup Jongkhar are home to the Silver-eared Mesia, White-rumped shama and Greater flameback. Overnight hotel in  Samdrup Jongkhar.

Our representative will bid you farewell.